The Old Downtown of Salvador – CAS, has great relevance in the historical context of the capital of Bahia State and the country, given its cultural, historical, social, and gastronomic diversity. In the last 30 years, it has undergone several disjointed interventions and presents a significant concentration of social problems, which contributed, among other factors, to the degradation of the built heritage and the worsening of already poor labor conditions, housing, health and leisure of local people.

Seeking to change this scenario, the State Government of Bahia, Secretariats, and Unesco establish the CAS Rehabilitation Plan, aiming, among other ideas, to establish instruments that would make the Old Downtown sustainable, integrating it with the social, urban and economic dynamics of the modern city.

The proposal considers the preservation of the slope area of the frontispiece, promoting housing and institutional use of CAS, the dynamization of trade, the revitalization of the seafront, the optimization of environmental conditions, and the renewal of urban equipment.

Work carried out in partnership with Stuchi & Leite Projetos 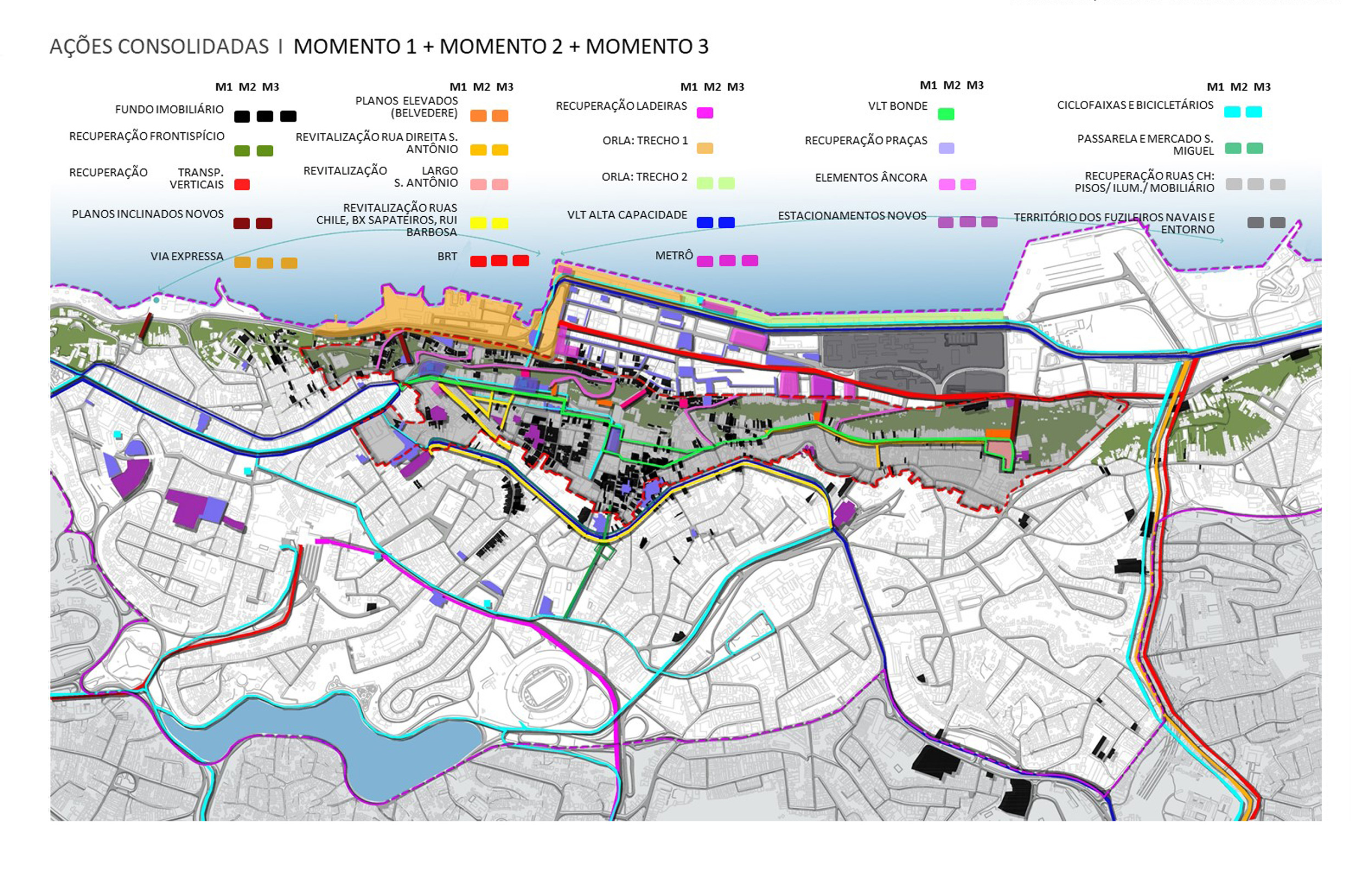